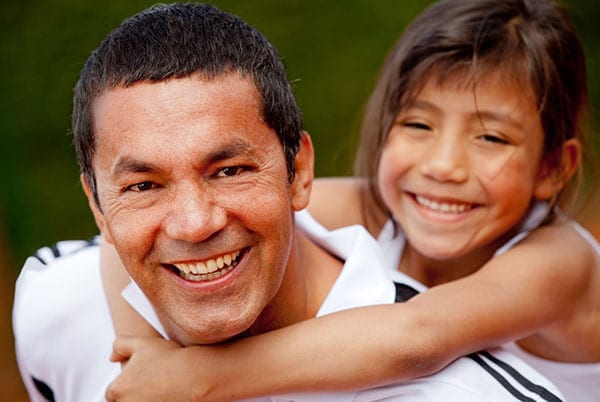 Posted at 14:24h in Separation, Uncategorized by Marie-Laurence Brunet

Liang has been in a relationship with Karen for more than 10 years. Before becoming a couple, they had cherished a long-lasting friendship since the end of their studies. When Liang finally decided to declare his love to Karen 10 years ago, she was, at the time, pregnant with another man’s baby, following a one night stand. Liang has always supported Karen’s choice to bring her pregnancy to term.

At the time of delivery, the couple decided to register the name of Liang on the birth certificate, as the father of the little Jade. Today, the couple care for the happiness and well-being of Jade. Liang is very involved in her life, just as if she were his biological daughter. He assists her in homework, brings her to volleyball practices and tournaments and ensures that she has everything she needs.

Last week, during a walk in her neighborhood park along with Jade, Karen ran into Gustavo, her one night stand romance from whom she had never heard back. Throughout the conversation, Gustavo realized he was the biological father of Jade. Being divorced himself and the father of a little boy, he then asked Karen if he could occasionally make contact with his daughter to reconnect with her. Liang is worried about the return of Gustavo, especially since, although Jade is not his biological offspring, he has developed over the years a strong relationship with her, and has always considered her to be his own daughter.

Did you know that the biological father may not be the “real” or legal father. Liang does not have to worry about the return of Gustavo. Indeed, it is important to understand that in matters of filiation, the interest of the child and the stability of families are given more weight than biology. This is why the law states that no one can challenge the filiation of a child and a parent whose name appears on the birth certificate and who has uninterrupted “possession of status”. In fact, Liang had constant possession of status because he has always acted as Jade’s father, since her birth, that is, for more than nine years, and his friends and family have always considered him as such. Furthermore, his name appears on Jade’s birth certificate. In the end, although he is not Jade’s biological father, the filiation between Liang and Jade will always be considered a father-daughter relationship.

If you face such a situation and need further advice, you should consult a lawyer.